Meal Train® creates and strengthens physical communities, enabling giving by reducing the information gap between those in need and those with the capacity to help.

Meal Train simplifies the organization of meal giving around significant life events. We strive to simplify and promote interpersonal relationships between friends, families, and neighbors through meals.

Meal Train is rooted in the idea that a meal is a symbolic gesture of one person’s willingness to help another. The meal is a vehicle that allows the giving party the opportunity to show they care, that they hope to reduce a burden, and they will be there for the receiving party in the future. This outreach is a true interpersonal connection and is one that helps foster inter-dependence, dialogue, and compassion.

In September 2009, Kathleen (wife of co-founder, Michael Laramee) volunteered to organize the giving of meals to support a neighborhood family after the birth of a new baby.

As the organizer, Kathleen made a list of the family’s meal preferences and preferred dates in addition to collecting names of friends and neighborhood parents who had expressed interest in participating. Once the baby arrived, she sent an e-mail to each family asking them to contact her to book a night.

While enjoying her role, Kathleen was frequently asked the same questions from the potential givers "What days are they available? What do they like to eat? What have they already had? How many should I cook for? Can I reschedule?" In addition, the recipient family was also asking questions: "Who is delivering tonight? Can we invite more people? Someone just called and wants to bring something by, are we available? Can you tell people not to bring any more soup?"

As the number of participants grew, the process became difficult to keep organized. In discussing her challenges with Michael, he said "There has to be a better way."

Michael contacted friend and software developer, Stephen DePasquale. They met at a pizzeria and hashed out the initial Meal Train concept on a napkin. Work began the next day. Michael and Stephen launched the first version of Meal Train in January of 2010. 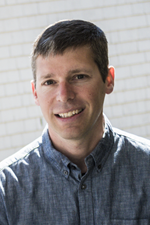 Michael leads the effort of continuous innovation to develop new features, enhance existing benefits, and further simplify the organization of support through MealTrain.com. 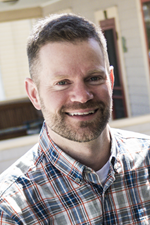 Steve leads the development team and oversees all technical aspects of MealTrain.com. His team is focused on delivering an engaging, trustworthy product line that is powerful yet simple to use.